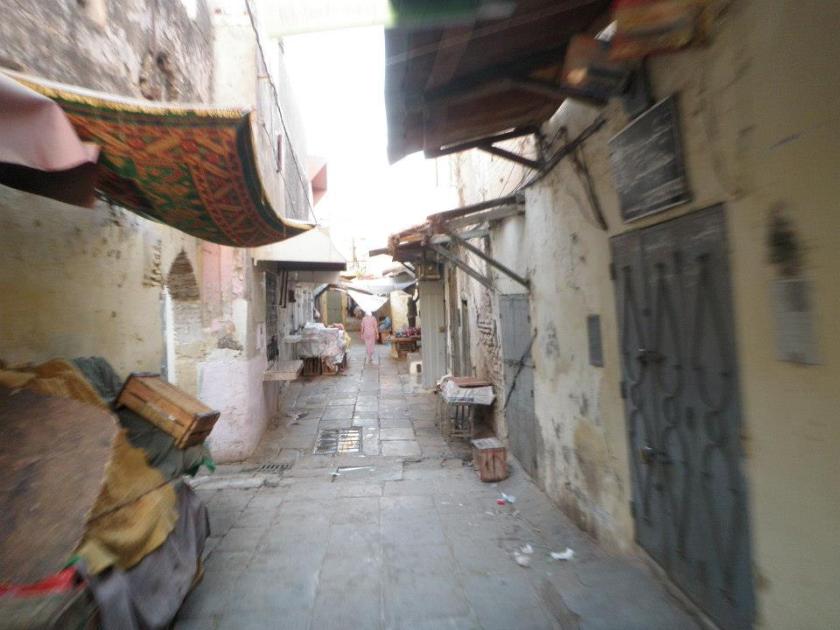 A buddy of mine recently joined the Peace Corps in Thailand, where he’ll serve as a Youth Development Volunteer. We went out to a few bars before the holidays and chatted a bit about Peace Corps with another friend of mine, a volunteer who served in Mali.

A week later I visited a dear friend who was with me in Peace Corps, Morocco. She was recovering from major surgery and has since heartbrokenly been diagnosed with cancer.

Over the holidays I spent a night in Savannah, GA, where I unexpectedly met up with two other friends from Peace Corps. They’re married now, and actually met for the first time at my apartment in Taza, Morocco.

All of these conversations brought back floods of memories, and over the past couple weeks I’ve felt myself reflecting back on my time with the Peace Corps in Morocco.

I joined the Peace Corps, partly, because I didn’t know what else to do after college. I also loved the idea of living in another country and learning a new language and a new culture. But I think what I really wanted was to go on an adventure. Sort of like Bilbo Baggins.

I flew to Morocco a few months after graduation, in September of 2011. I’m sure I left the US with some expectations, but I can’t for the life of me remember them. I returned in August 2012. Eleven and a half months. Volunteers sign up to serve twenty-seven months. But more on that later.

I’ve been back in America for over five years now. One of the three goals of Peace Corps is “To help promote a better understanding of other peoples on the part of Americans.” Essentially, now that I’m home, I should be helping my friends and family here understand what Moroccans are like.

I have an opportunity to do this every time I’m asked the most dreaded question about Peace Corps:

I never know how to answer this. I recently ended a two month job hunt, and I was asked this question in every interview and phone screen, and I gave a different answer every time. Yet I’ve never felt that I’ve given a perfect answer, the one to articulate how it really was. I don’t think you can (although this blog post is the closest I’ve seen).

After “How was it?” the next most common question I’m asked is “What did you do?”

This answer is usually more concrete. When we ask “what do you do?” we expect answers about work. My “work” in Morocco was to teach English at the local youth center. For me, this was the easier part of my service. The tougher part of Peace Corps was everything else.

So what did I do in Morocco, beside teach?

I got my adventure.

I picked up Moroccan Arabic and discovered Moroccan culture. I met some of the most generous, hospitable people I’ve ever known. I made friends in my town and found out that dad jokes are funny in Arabic.

I hit highs and lows (this graph of highs and lows in your service is pretty damn accurate). I traveled and explored places in Morocco that tourists don’t go to (and probably shouldn’t).

I lived in the old city of Taza, next to a mosque. I woke up to the call to prayer and an email from the most amazing girl in America. I went to sleep to the sound of stray cats and, if the internet USB stick had a strong enough signal, the view of that amazing girl’s pixelated face on my laptop.

I lost 15 pounds in two months. I ate the best couscous and tagine dishes in the world. I learned how to order at the butcher, cook for myself, find an apartment, haggle for furniture, poop in a hole, wipe with my left, and do laundry with both.

I had a three legged cat, accidentally exploded a pressure cooker in my kitchen, hitchhiked on a moped, scrubbed down my host brothers at the hammam, translated for a sick friend at a Moroccan hospital, and brushed my teeth while a ram was chained to the bathtub the day before this picture.

That all sounds adventurous, I think, but most of my days were actually spent battling boredom- reading, cleaning, cooking, shopping at souq,  drinking tea with my host family, or sitting on buses. I thought I was patient and then I took Moroccan buses through the mountains. I learned patience.

Five years later, I’ve realized that Peace Corps also taught me a valuable life lesson. Life can throw a lot of bad stuff at you, and that’s largely out of your control.

But your reaction to this stuff is purely in your hands.

I’m not saying “suck it up,” so much as “take a breath.” Peace Corps is about how well you handle shitty situations (sometimes, literally “shitty). If you’re not good at that, you will hopefully, and quickly, learn to be. I found it hugely helpful to try to build a support network, which is a weird way of saying “make friends.” There’s a special bond that develops when you go through difficult times with another person, and I formed some of the best friendships of my life in North Africa.

Six months into my service, the country director for Peace Corps was passing through my town and I had dinner with her. She asked how I was settling in I told her how lucky I felt. She said something like “I think your positive outlook has something to do with it.”

Looking back 5-ish years later on my service, the same truth of positivity holds. I try to focus on the happy memories, even though I hit some of my lowest lows of my life in Morocco. But those lows taught me the most about myself and about others. I wouldn’t have had it any other way. Would Bilbo have looked back on his adventures with Gandalf and the dwarves and been upset with all the wrong turns and near misses? I think not.

Or maybe the rose-colored lenses stem from something else.

Maybe these Moroccan reflections bring me joy because, while I was there toiling with the day-to-day grind of living in an unfamiliar place, I was falling stupidly in love with the woman I would marry.